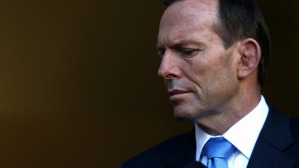 Thinking about the mainstream media (and the powerful mogals behind it such as Murdoch) I have come to the inescapable conclusion that the majority of people are unintelligent or uneducated enough to actually think for themselves. The media tell them something and they seem to automatically believe it. The lies that the powerful push into history are amazing. From (now) relatively past matters such as WW II) to the right way for the human race to proceed, it is simply beyond the pale that people could actually vote for criminal fools who are destroying the environment, the society and even the economy merely to further enrich themselves and their friends with money that they don’t need.

In the case of Oz -Australia- (the Wicked witch of the West is Tony Abbott and the Wicked witch of the East is Campbell Newman) the deceptions that money can buy and the ignorance of much of the electorate is overwhelming. It seems to be simply a case that there are too many unintelligent/uneducated voters for common sense to prevail. You may wonder why I can post these comments without being arrested or worse. I assure you if they could get away with it, that would happen. Their power within our national environment is simply not sufficient for them to do that, yet! Nonetheless they are working on increasing their power while trammelling all over democratic and free principles.

You may say that these criminal political leaders are clever. However, ultimately they can certainly be labelled foolish rather than wise. Sure, they will get more and more power and more and more wealth (to the detriment of the rest of us) but to what end? Do they really want to destroy the planet that they and their children live on?