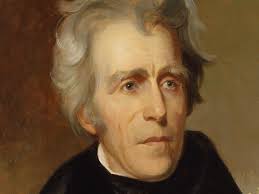 When the founding fathers of the U.S. constitution framed the second amendment they certainly couldn’t possibly have even imagined the massacres of innocent people and children by lunatics with high powered, rapid fire weapons. Obviously they didn’t foresee heavily armed people massacring innocents, including children in their schools. So what could they have been thinking in instituting the second amendment, the right to bear arms.

In an age of flintlock muskets and pistols and with the Revolutionary war against the British fresh in their minds, the founding fathers wanted to be easily able to establish militia groups. That was most likely their immediate objective. Perhaps a longer term objective was to enable an armed citizenry to resist any attempts at the establishment of a dictatorship.

We currently see quite a few dictatorships in the world, and many quasi dictatorships such as those of the Russian Federation, Turkey and the People’s Republic of China. However, given the overarching power of most modern nations and their highly armed military forces the chances of an armed citizenry successfully resisting rotten governments are virtually zero. Military coups are quite a different matter.

It is more than obvious that the U.S.A. needs to either abolish the second amendment or drastically modify it. No amount of AR-15s and other assault rifles in the hands of civilians will be able to resist the US military. As we have seen, their only function is to enable ghastly massacre after ghastly massacre. Perhaps the National Rifle Association romantically envisages armed citizens defending the freedoms of the U.S.A. The grubby reality however is the needless and tragic number of deaths attributed to gun violence.