Chris Dawson, “The Teacher’s Pet” and me

I knew Chris Dawson, who has been in the headlines lately and has been arrested in connection with a cold case probable murder nearly 37 years ago. This case, along tales of schoolgirl sex, is the subject of Hedley Thomas’ famous podcast, The Teacher’s Pet, that has about 30 million listeners. I taught at Cromer High School between 1979 and 1981 and was personally acquainted with many of the protagonists in this saga.

My novel, “Brownout- 666: or the real meaning of the swastika,” is largely based on real events and, while only making one indirect reference to Cromer High, explores many of the themes about sexuality that play out in the Teacher’s Pet. My novel is available from Amazon and elsewhere. My other website is http://www.creativityandpower.com

Creativity And Power
This site promotes the work of author and writer, John Spencer 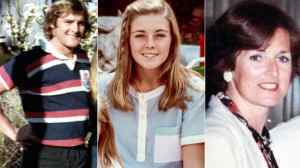 “Brownout -666: or the real meaning of the swastika” is a story of sexuality, suspense, injustice and the grubby world of political power spread over two continents and three countries. the USA, Philippines and Australia. This book will appeal to those who are worried that the world as we know it is on a course to destruction as well as travellers of Asia.

A story of political suspense, with crime and court elements, set against a background of romance and sexuality, in multicultural settings across several countries this novel attempts to find out why the world doesn’t tick so well. From steamy and graphic sex scenes to the highest political intrigue it searches the floundering of the human race.

In the land of flaunted sex, money, and flexible rules, an ambitious but lonely Rick Daly faces his demons.

Rick Daly has established a business in the exotic surroundings of the Philippines, while simultaneously discovering Marilyn Delgado, the woman of his dreams.

However, a clash of cultures and his own naiveté lead to disaster. Falsely accused of a sexual crime, Rick loses both his freedom and his business. To add insult to injury, a prison escape merely amounts to switching jails.

In a world where the rich prosper, honest individuals are forced to the wall, and a cynical disregard for all but the dollar is destroying society from within, crime soon follows punishment for Rick. Close to losing his soul, will Rick’s ultimate success in drug and arms dealing finally lead him to face up to reality?

To purchase this book, either as eBook or as an author-signed paperback, please go to Amazon or to http://www.creativityandpower.com 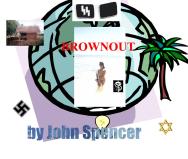 Watch a short video about the Lynette Dawson cold case disappearance and probable murder on Sydney’s northern beaches nearly 37 years ago. The author personally knew Chris Dawson and many of the protagonists discussed in Hedley Thomas’s podcast, The Teacher’s Pet.