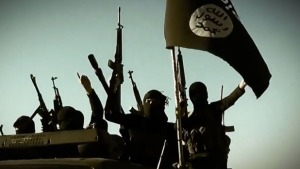 One might wonder what the Jihadis and Islamic extremists are trying to achieve, apart from sowing mayhem and destruction of life and property. For centuries Muslims around the world have practised their religion peacefully without attacking the “non-believers.” The Koran itself does not call for the killing or attacking of followers of other religions.

Islam has been one of the world’s major religions since its founding. The actions of the current crop of “Jihadis” would seem to suggest that they are either following an ideology of violent nihilism or wish to see a world-showdown between religions, a showdown that Islam would surely lose. This nihilistic madness certainly has economic, political and social aspects. The failure of the Islamic Spring and the failure of the establishment of widespread social justice in the Middle East has only added fuel to the lunacy.

It is up to all the Imams and Islamic authorities to absolutely condemn any and all acts of Islamic terrorism and the belief system that lie behind them as an anathema and un-Islamic. Failure to do so on their part is likely to lead, in the long run to the death of Islam as a major and respected religion in the world.