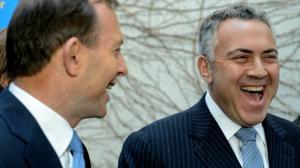 Tony Abbott, also known as Budgie Smuggler and Big Ears, has launched a new attack on freedom. It is now illegal for any public servant to criticise the government via social media, in either a professional or private capacity. What this government might do next is simply terrifying!