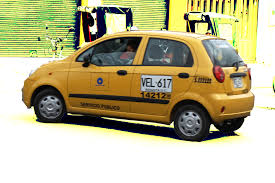 All of us catch buses and taxis, almost daily, in attempting to get around. However, few of us give any thought to the drivers of those vehicles. Around the world, bus and taxi drivers endure a relatively dangerous job for generally poor wages. Yet those same drivers generally do their utmost to ensure that their passengers arrive safely at their destination with as few delays and frustrations as possible. Undoubtedly, there are some rogue taxi drivers (known in the industry as cowboys) on this planet but the vast majority are reasonably honest and do their best. Likewise, bus drivers do their best to protect their passengers. Not so long ago a school bus driver  in the U.S. was shot dead rather than surrender any children on his bus to a gun toting maniac.

When you next catch public transport spare a thought for the driver who does his best despite the poor remuneration.

Writer and author. Published novel as eBook and print version. - Brownout - a story of life and doom - set in Philippines, Australia and USA. Also published a non fiction work about grief, "Waiting for a Miracle: Life in the Dead Zone" as an eBook and print version. Another non fiction work is, "From Brexit to Brazil via Hong Kong, China, Russia and the USA" available through Amazon, Barnes & Noble, Kobo etc. This book is a collection of essays that deal with the most pressing issues of our time, including Covid-19 and its political and social ramifications. View all posts by badjohn7